We want to do everything we can to help you discover more about us and how we can enjoy Jesus together.

We would love to meet you on a Sunday or at any of our groups during the week. 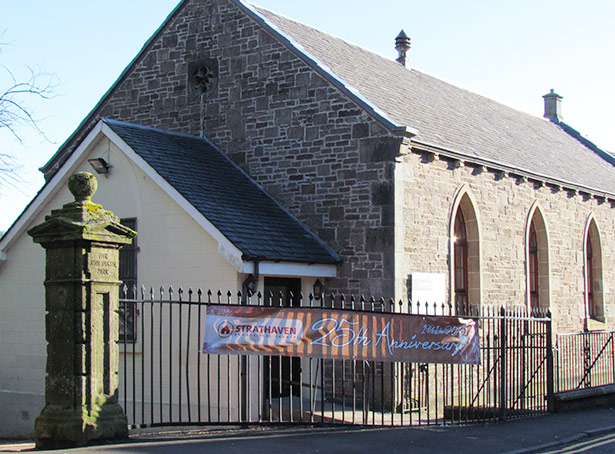 In 2016 Strathaven Evangelical Church celebrated its 25th Anniversary. There has been a gospel witness in our building and in the Strathaven community for much longer than this. Readers of history will know that Strathaven and district saw much activity in Covenanting times during the C17th. Our present building began life as a very active Gospel Hall. By the late 1980’s however the number of attendees was diminishing, and so in an act of great spiritual foresight and generosity the building was made available to those who would form Strathaven Evangelical Church, or “SEC” as it is often known.

From the original 24 members in January 1991, SEC has grown over the years and developed both the building and a range of ministries to build up the church and to serve the community. You can read of these in the relevant sections of this website. In 2009 the growing desire to move towards calling a full-time pastor resulted in an invitation to George Crory along with his wife Joan to fulfil this role for a limited period. This was followed in 2011 by the church calling David Childs into this role on a permanent basis. David and his wife Diane continue to serve in this capacity.